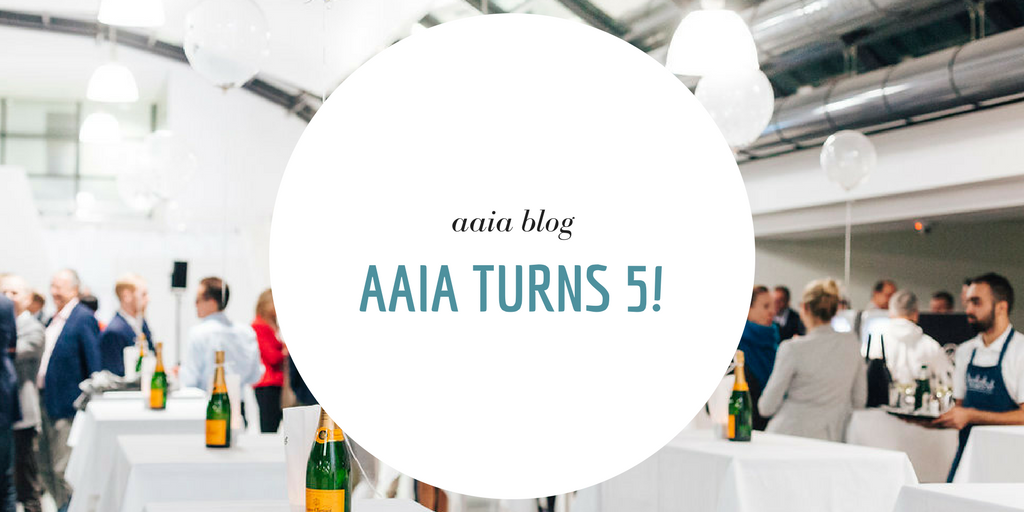 On October the 10th we celebrated our fifth anniversary. The Austrian Angel Investor Association looks back at five wonderful years!

The event was opened with a retrospection on this period by our board members Stefanie Pingitzer, Selma Prodanovic, Niki Futter, Hansi Hansmann and Werner Wutscher. They spoke of an emotional decision against many oppositions, that led to the start of Austrias first and nowadays leading network for Angel Investors. 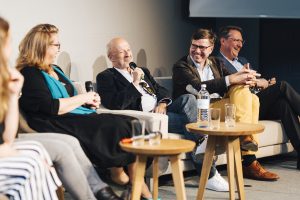 We also wanted to ask the broader startup and investors community in Austria about their thoughts about the last 5 years – not only about the aaia but also about the whole ecosystem. That’s we created a video with many opinions and voices of the community.

This was the perfect input for the panel discussion that talked about these 5 years in a broader context, and asked “Startup scene Quo Vadis?” with Michael Altrichter from Startup300, Dahlia Preziosa, innovation manager at the Austrian Post AG, Karin Bauer from derStandard, Andreas Kern from wikifolio and board members Selma & Werner.

Leading to the ceremonial part of the evening, the aaia awards were handed to the worthy winners. By giving out these annual awards, we want to highlight and reward investors that create a meaningful impact for the Austrian ecosystem and who are therefore role models for aspiring business angels. The winners were selected in a two-stage process: After an open call for nominees among our members, the jury – consisting of our board and the winners of last year  – made the final decision. Read below who won which price, why and what their reaction was.

Newcomer of the Year: Heinrich Gröller

In his relatively young career as angel investor, Heinrich has already invested in eight companies. Looking at his fast growing portfolio, you’ll find some well-known startups like zoomsquare or finnest . Asked about his investment preferences, he’ll share his interest in b2b projects, mainly focusing on media, industry 4.0, fintech and proptech. More info about Heinrich and his investment company Allinvest.

The award for the Newcomer of the Year was presented by board member Stefanie Pingitzer and Karin Kreutzer, who won the award last year. 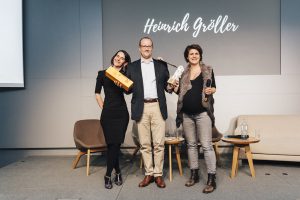 “I am very happy that I was able to win the trust of some co-investors and the award encourages me to continue as a business angel, even if it costs a lot of sweat and nerves. I appreciate the aaia as a professional network within the scene with a high fun factor.

I think a lot has been achieved here in the last 5 years, both in internal networking, and also in the formation of awareness for our concerns at all stakeholder levels. I hope for the coming years that the scene will become even more professionalised to give promising startups  the support they really deserve. Of course, I also wish all of us the success stories and exits to keep the present enthusiasm alive”

Supporter of the Year: Magdalena Hauser

Unlike the other three awards, the winner in this category was solely selected by the aaia board and management. It annually honors a person that is intensively contributing to the success of our organization. After awarding Wolfgang Bretschko last year, the award went to western Austria: For co-creating our new educational program “Investors Academy“, Magdalena Hauser was chosen as Supporter of the Year. More info about Magdalena and I.E.C.T. Hermann Hauser. 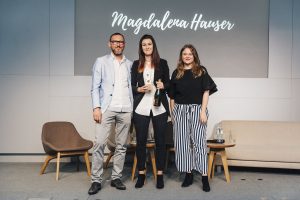 “The aaia and other private (and sometimes public) institutions have supported some very important developments in our ecosystem in recent years. It needs pioneers like you who cooperate openly with others in order to get a step closer to the goal of being a founder-friendly country. We are still at the beginning but (and I guess we have to thank the “lifestyle startup hype ” at this point, that I am not a big fan of otherwise) the term startup can now be found everywhere and that made things possible  that would not have been possible five years ago. For this and that you also contributed to it, I want to say thank you again!”

Co-Investor of the Year: Hermann Hauser

Less than two years ago the “Steve Jobs of Cambridge” re-discovered his birth country and started investing in Austrian startups. With his investment company I.E.C.T. Hermann Hauser, he and members of his family already co-funded more than 15 startups. With his company, he covers the whole  value creation chain for startups, from identifying potential to fostering scaleing and growth. More info about Hermann and I.E.C.T. Hermann Hauser.

As Hermann couldn’t make it to our birthday party, Werner Wutscher and Niki Futter gave the award to Magdalena Hauser. The personal delivery of the award followed a few days later during our Investors Academy. 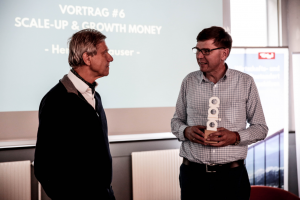 Being the most important award for Angel Investors in Austria, the Business Angel of the Year award is always the highlight of our annual award ceremony. Last year, Lukas Püspök from Push Ventures received the prize, which is why he and super angel & aaia board member Hansi Hansmann had the honor to hand over this year’s award.

Being one of the few super angels in Austria and active deep tech investor, Herbert Gartner is the perfect choice for this award. With eQventure he established an active angel club in Styria, bringing together experience and knowhow of more than 60 investors. Among his portfolio are companies like USound  and nxtControl which had an successful exit in July. More information about Herbert and eQventure. 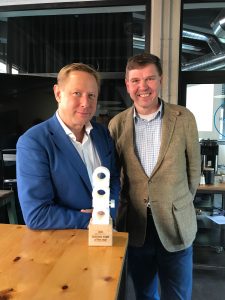 Just before we thought it could not get any better: An eminent visitor and a surprise for us

Before the actual party started, Lukas Püspök returned on stage. On behalf of the Austrian investors community, he gave an emotional speech in which he thanked Hansi Hansmann for his work & passion which he constantly shares with all of us and that had a huge impact on the fast development of the Austrian startup & investors community. This special moment was even topped by the appearance of the Minister of Economic Affairs Harald Mahrer. In an entertaining speech he thanked the aaia in the name of the Austrian government for achievements of the organisation and emphasised the importance of an institutionalised representation for the business angel and investor scene. He topped his speech with not only a certificate for the aaia but also an additional one for Hansi Hansmann as an outstanding example for a business angel in Austria.

The evening ended with a great party (including a dj and of course a birthday cake). For all of you who couldn’t make it: re-live the party with the best pics!

We want to conclude this blog post with one very important thing: A special THANK YOU to all our members who supported, empowered and motivated us! We promise that we won’t stop working on the investors ecosystem and offering valuable services for you. Being incredibly grateful for working with all of you, we’re looking forward to the years ahead. 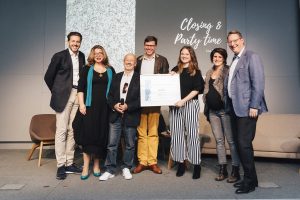 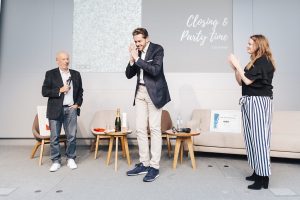